A Review: "Unplanned" by Abby Johnson

"Unplanned" by Abby Johnson is an incredibly important book in the pro-life discussion. Abby Johnson was involved with Planned Parenthood for eight years, initially being recruited as a volunteer while as a college student. She worked her way through the ranks, eventually becoming the director of the Bryan, Texas, clinic.

Despite growing up in a pro-life family, Johnson never really thought critically about her position on the matter. She was captivated by the lofty ideals of Planned Parenthood:  reducing the number of abortions by increasing access to birth control. Drawn in by this proposition and by the chance to help women in crisis, Johnson started her career path at Planned Parenthood. During her time there, she came into frequent contact with volunteers from the Coalition for Life who gathered outside the fence surrounding the clinic to pray for an end to abortion. Through compassion and gentle discussions, Johnson began to see that maybe the people on "the other side" weren't as bad as they were portrayed by Planned Parenthood.

Then came the day she was requested to assist with an ultrasound-guided abortion. As she watched what happened to the unborn baby, she was horrified. It was that particular instance that caused a crisis of belief for her. She began to question everything she had ever done at Planned Parenthood. Her first stop was the nearby Coalition for Life who had won her over by their genuine care and concern for her, as well as their daily prayers for her.

"Unplanned" is a riveting book and an incredible look at the issue of unborn life from both perspectives. Because of Johnson's role with the organization, she offers a unique look at Planned Parenthood from the inside, revealing things that they would probably prefer to remain hidden (for instance, that they need to increase revenue by increasing abortions, something that goes completely contrary to their main talking point).

It is fascinating to read the thought process and beliefs behind why she wanted to work for Planned Parenthood. Her transformation from believing the pro-choice rhetoric and semantics to a Bible-believing pro-life Christian is amazing.

This book was initially published in 2010. It was recently re-released with an additional chapter containing follow-up information that has occurred since the book was previously published. Johnson and her husband launched a non-profit ministry called And Then There Were None, with the goal of assisting abortion clinic workers who wish to leave their work. So far, they have helped over 100 workers who chose to leave the abortion industry. Throughout the book, Johnson helps the reader to see that it's not just women seeking abortions who need help, care, and prayer; abortion workers are in just as much need.

"Unplanned" is an important book in the conversation of unborn life. Johnson is able to offer a unique look from both sides of the discussion. I highly recommend this book for anyone seeking to understand the "other side", no matter which side you may be on.

(I’ve received this complimentary book from Tyndale House Publishers in exchange for a review. A positive review was not required and the views expressed in my review are strictly my own.)
at December 08, 2014 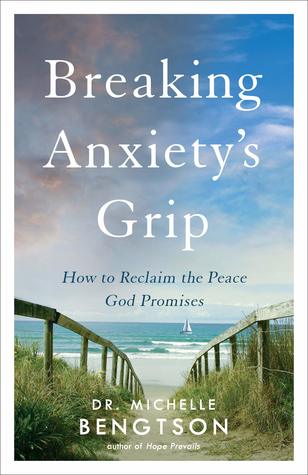